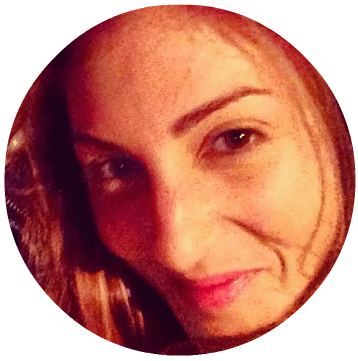 Erika is the Winston Wolfe of the Nutrition and Health world. In the movie Pulp Fiction, Winston Wolfe is THE guy you call when you accidentally splatter some guy's brains all over the backseat of your car. Like Erika, he's the go-to expert at fixing even the messiest of problems--only Erika does it with a lot more heart and piercing intelligence.

I've had serious health problems in the past, and more recently issues with autoimmunity, environmental illness, mercury toxicity, methylation, adrenal fatigue, etc. I have spent close to $10,000 on very expensive Functional Medicine Doctors and MANY MANY tests. I have been diligent in researching, reading blogs, following diet protocols (including Autoimmune Paleo), and seeking new treatments.

I've tried pretty much everything. I've been through three Functional Medicine Doctors, and a few other practitioners, enough that my head felt like it was spinning. What I've realized is that many doctors and other providers don't know what they're doing, or if they do, they've gotten too comfortable and don't do the work. My doctor is one of the best in the country, and at a certain point it became obvious he was just guessing with me.

I got more beneficial, concrete information from Erika than any of the doctors I've worked with.

In my work with Erika, I discovered that what even the "top" doctors and practitioners I was working with were telling me to do was actually making me sicker.

Erika is the expert who cut through all the noise to nail down what was being totally overlooked in my labs and symptoms, and set me on the path to true healing. 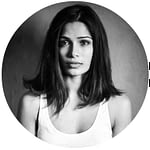 Erika has arguably been a saviour for my health and well-being.

In a world of nutrition and diet gimmicks, hype, misinformation, and downright hypocrisy, Erika Herman is more than a breath of fresh air, she is an entire oxygen tank.

Erika’s understanding of nutrition science and sustainability is far more comprehensive, in-depth and tasty than that of most physicians, dietitians, nutritionists and other “experts” out there. Sadly, too many of us don’t even know what we don’t know when it comes to our food, health, and planet. But Erika “gets it.” She’s a critical thinker with tons of research under her belt who cuts to the chase, and has unified ideas that can take us years to learn with tons of trial and error (trust me, I know!).

Erika offers the women of the world priceless, provocative, and grounded wisdom to live by. At once authoritative and genuinely human and humble, she compassionately embraces the psychological journey we all undertake as we cultivate a truly nourishing relationship with our food, and the source of our food.

Erika's penetrating research, driven by hunger for the truth beyond fads and band-wagon mentality is delivered in an accessible, illuminating and empowering way. 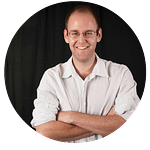 ON ERIKA: Erika Herman bucks trends and authentically fights for truth. I have been using her techniques and advice for years to cleanse, manage my cravings, energy levels, and weight. Anyone interested in how the body actually works (as opposed to fad-based methods of tricking it short-term), look no further.

ON EAT LIKE A FATASS, LOOK LIKE A GODDESS: In her book, Erika has created a remarkable overview of the tremendous strain between the economic realities and perversions of modern agriculture and the complex inner workings of the human body. The book is worth a read even if you are not interested in changing your diet–it is a fascinating exposition of our society’s struggle between financial incentives of large corporations and the health care system.

Despite being MOSTLY populated by people with the best intentions, the health care system has struggled to keep its message clear and consistent with scientific findings due to the overwhelming financial pressure of the agro-lobby.

Of course the book is an excellent guide to dietary changes but it is so much more than that. 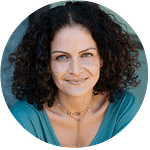 Erika is a cutting edge thinker who is inspiring us to think outside the box in a grounded and scientific way. She has so much to offer us in the ways of health and wellbeing!

Erika’s research is informed by decades of first-hand experience of myriad dietary and lifestyle regimens and how they affected her health, for better and for worse....Erika’s book frees women by exposing the holes in countless unscientific diets and nutritional approaches. 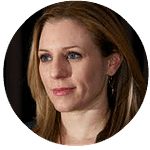 I have a certification from the Institute of Integrative Nutrition and have always been thoroughly confused by all the studies done on the way food and nutrition impact health because they all yield such conflicting recommendations.

Thank you for answering so many of my questions. I have a lot more clarity now and feel like I'm equipped to make much better decisions for myself and my family.

With our modern culture’s abundance of options, choosing what to eat can be confusing, and make us unnecessarily obsessive. We are all too often fed lies and taught wrong. Erika is a true heretic and will get you thinking. 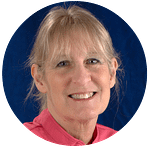 I am a Registered General Nurse and certified Counsellor here in the UK, also studying Nutrition (qualifying exams in just a few months!). I have read about 60 books on whole-food nutrition during my Nutrition program studies. I was so amazed to find your book brought together all the principles I have learned! I shall be integrating everything you laid out so beautifully in your book into my new venture Fatfit.me here in the UK as soon as I am qualified to do so. Thank you so much for your book, and all the info on your website!

Eat Like A Fatass, Look Like A Goddess is, without a doubt, the most important book of the 21st century. If the principles of this book were followed by all…obesity, autoimmune diseases, cancer, heart disease, diabetes, etc. would virtually disappear. This brilliant book refutes the lies we have been told about nutrition—and in an insightful and humorous fashion. It should be required reading in schools across America. 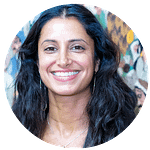 Erika is a total nerd about everything food and health - she's done the most comprehensive research! I love the way she troubleshoots the human body and human experience; it's insightful, grounded, wise, and approachable - a downright revelation. I feel safe and inspired under Erika's guidance.

I’ve lost 8 lbs in 2 weeks of Erika’s TOTAL CLEANSE BOOTCAMP training program. This is the fastest I’ve ever lost weight, and most fulfilled I’ve ever been–dieting or not. This is coming from someone who has tried Weight Watchers five times, and programs like My Fitness Pal.

I’m 30, 5’3″, active, normally weigh in at a muscular 113 lb, and have no history of disease. So I was obviously shocked when I got pregnant and developed gestational diabetes last year (I was 29 at the time). I had always believed I ate a healthy, well-rounded diet, and according to many experts I was. But the way I was eating wasn’t stabilizing my condition.

Being a health-conscious person, and expectant mother, I wasted no time to work with Erika Herman to set everything straight with my health.

Now, my medical tests show I’m stable. I even get to eat foods I had thought were off-limits, and I enjoy my food in a way I hadn’t before, knowing it’s not only delicious, but good for both me and my baby. The word “diet” isn’t even an appropriate word—"fantasy" is more like it!

Thank you, Erika, for opening my eyes, satisfying my belly with food I love to eat, and ensuring the health of baby and mommy.


UPDATE (6 MONTHS LATER): I gave birth 5 months ago. I've continued with Erika's suggestions, and not only do my doctors say my diabetic condition is gone, but in just 4 weeks post-birth I got back down to my pre-baby weight--and I've kept the weight off with no fuss. I feel energetic, satisfied, and my digestion is off-the-hook-fantastic. I'm in this for life. Thank you, Erika! 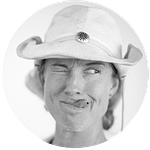 I spent pretty much my entire life as a vegetarian (ages 11-29), and several months on/off as a vegan. I have worked in animal welfare for 20-plus years, and own my own animal welfare advocacy group that supports the rescue community. At best, during those 18 years, I bounced around with poor vitamin levels and anemia, developed Hashimoto’s thyroiditis, and felt like crap, but I stuck with it because was able to sit tall on my moral ‘high-horse,’ and kept telling myself a ‘plant-based diet’ was ‘healthy’ for me and the planet.

Then I read Erika Herman’s Eat Like a Fatass, Look Like a Goddess, and signed on for her TOTAL CLEANSE BOOTCAMP training program. These have shown me I can feel HEALTHY, SATIATED and VIBRANT, all while I sit tall on my moral ‘high-horse,’ eating animal foods–because I know the source of those foods are entirely sustainable, humane, good for the planet, and nutrient-dense in a way that my past diet was incapable of being.

In 28 days of TOTAL CLEANSE BOOTCAMP, I lost 15 lbs--without cravings or deprivation. I dropped 10 lbs in my first 2 weeks. I can’t believe how I’m not craving sugar or sweets. I feel SATISFIED in a way I’ve never experienced. My digestion is amazing. I’m experiencing an overall feeling of stability–even in the face of really crappy days (you know, the kind life inevitably throws at you). I’m shocked by how food is no longer causing me the turmoil I had sadly grown used to over the years.

I feel empowered. I’m now using FOOD AS A TOOL, INSTEAD OF A CRUTCH, which prior to this program I had done for longer than I can remember. This is BEYOND PROGRESS for me. I haven’t touched sugar (“real” or “artificial”), and don’t even miss it. Considering my history with sweets, I feel like I should get some kind of sobriety chip for this!

Erika’s book has revolutionized the way I will eat forever. Before I read Eat Like a Fatass, Look Like a Goddess, I was so sick and tired of tracking calories in order to manage my weight. I felt frustrated, and was not getting the results I wanted, but everything changed after I read Erika’s book. Erika cuts straight through the bandwagon-diet BS, exposing shocking, useful and in-depth nutrition research that has empowered and freed me to make the right food choices. Even with just a few simple, satisfying adjustments to my diet, I began to feel and look healthier–with zero deprivation!

Erika helped me break through misinformed and restrictive ideas I had about what is and isn’t healthy. She helped me get back to a way of living and eating that just feels right. Erika explains things in a straightforward and easy to understand manner, with the scientific data to back it all up. Her insights are invaluable!

We use cookies to offer you a better browsing experience, analyze site traffic, personalize content, and serve targeted advertisements. Read about how we use cookies and how you can control them by clicking "Privacy Preferences." If you continue to use this site, you consent to our use of cookies.

Test for a mobile popup.